Some days I think I speak solely in phrases from movies and literary quotes. It’s wonderful when someone gets the reference, but usually I just get that half smile that implies “Well, we knew this day would come. His cheese has slid off his cracker.”

If you ask me how I’m doing, you’re likely to get one of two responses. If I don’t have mountains of essays awaiting me in my office, I’ll say, “Five by five.”

Fans of Joss Whedon and the greatest show ever to grace the small screen will smile. They probably don’t know what it means outside of it being a line uttered by Faith, the “other” slayer.

Also the only one in my heart.
(If you’re reading this, Miss Dushku, that wedding proposal I tweeted you still stands.)

Even the characters on the show didn’t understand, as evidenced by this snappy dialogue exchange:

Willow: She’s like this cleavagey slutbomb walking around going “Ooh. Check me out, I’m wicked cool. I’m five by five.”
Tara: Five by five? Five what by five what?
Willow: See, that’s the thing. No one knows.
–Buffy the Vampire Slayer, “This Year’s Girl” 4.15

It’s actually not that hard to figure out for those who are savvy on “the cyber.” Even if the meaning is lost, at least that response gets occasional recognition.

On those days where my desk, keyboard, mouse, and other important items like my Iron Man figurines are obscured by heaps of student essays, I’ll instead mumur, “Bird by bird.”

It’s rare someone gets that one. I filched it from Anne Lamott, the title of her bestselling how-to guide for writers.

One of the dangers of the trade is that I am constantly asked by friends and acquaintances for book recommendations.

“Carols of Lonesome Love by Stephen G. Melvin,” I say without hesitation.

“You wrote a book?” hypothetical advice-seeker will say. “Where can I get it?”

“More like when. Whenever a damn publisher will come to their senses and actually put it in print. Incidentally, do you happen to have any contacts in the industry? I have cards.”

(Friendly side note: if a publisher, editor, or agent happens to stumble across this …
And if you’re still reading, Miss Dushku …)

After that notion is shot down, I get serious. If my friends are writers, my first suggestion is Lamott’s book. If they aren’t writers, my first suggestion is Lamott’s book. Why would I recommend a writers’ guide to those with no interest in the craft? It’s right there in the subtitle. Bird by Bird: Some Instructions on Writing and Life. To Lamott writing is life, and the advice given therein can be applied to living just as easily as composing.

She takes her title from an anecdote from her youth. Her ten-year old brother had been tasked to create a catalog of all the birds indigenous to their region. Like any good grade-schooler, he procrastinated. Stricken with last-minute panic, overwhelmed at the task, he asked his father—like her, a writer by trade—for advice. “Take it bird by bird,” the wise man said.

Are these African or European swallows? Which ones are migratory?

Years later, father having long since passed, this quip stuck with Lamott. Writing is hard, laborious, and tedious. It drains people, beats them into submission, makes them doubt their talents. Something about getting the manic thoughts swirling around in our brains into a cogent, concise, and precise presentation can feel impossible. Most look at it the way I look at those stacks of essays.

Oh, those essays. Some days I see what’s left to be graded and almost cry. Almost, mind you. My Anglo-Irish upbringing taught me that men don’t cry, so I don’t, with the possible exception of the finale of season 6 of Buffy.

I say to myself, “bird by bird,” grab the first essay and start the process. Bit by bit, I chip away, watching the pile grow smaller until finally there’s nothing left: no more essays, no more reading responses, and no more weekend.

The same applies to writing. I want to think my students sit down with their prompts, look up, and see the Muses gloriously descending from the firmament to sing mellifluously in their ears while smoke forms from the furious friction of pen to page. In all actuality, it’s more moaning, consistently glancing at their phones, and—only after swilling copious amounts of energy drinks and realizing the assignment must be uploaded in less than half an hour—allowing panic to drive them into a frenzy.

Professional writers, of course, are immune to this, which explains why I have yet to put myself among their ranks. Ever since the bug bit me in 8th grade—the writing bug, not the radioactive spider I always dreamed of—I fancied myself a wordsmith. To this day, I look on my dusty old flash drives and see no fewer than one hundred unfinished projects. I must not have what it takes because, even when I want to tell a story, when I feel inspired at moments, I could never seem to force myself through the parts that lagged, the parts that gave the Muses laryngitis.

Lamott dispels this myth in an excerpt from her book, “Shitty First Drafts.” It’s been on my required reading list for years. Here she reminds us that all writers, no matter how popular, wealthy, and celebrated, suffer. Even the best in our trade don’t spin a beautiful tapestry of words on the first try. In most instances, the initial product is, well, shitty.

Only after numerous attempts at polishing can a writer somehow burninsh that turd into a pearl. (I know that metaphor is nonsensical. I’ll fix it once I get past the “child’s draft,” Mr. Poopy Pants.)

It took me to the ripe old age of 38 to take this advice to heart, to realize that what I had been preaching to my students made me a hypocrite. Early this May, I slogged along unti I put the final period on the final sentence of my manuscript. I set it aside for a couple of weeks, went back to it, and immediately wrote in the margin of the first page: “This is shit. Kill yourself.”

Then it hit me: This is shit. This is shitty. Hey, shitty first drafts. Down draft complete, I worked on the updraft, which was finished in early July. Here it is September, and I’m still on the dental draft, polishing its pearly whites. I may never get all the coffee and nicotine stains off it, but no one—with the possible exception of Gustav Flaubert—ever does.

While conversing with a colleague, I mentioned my difficulties in finding a publisher or even an agent, and he said something disheartening. A friend in the biz once told him that agents want to see longevity. Writing is such a gut-wrenching profession that many who complete one manuscript never have the tenacity to stick it out and finish another. Agents want to know that you can keep it up. Therefore, a nice selling point is to announce that you have two, maybe even three, finished products loaded in the chambers.

Oh, hell. You mean I have to do this all over again?

Which reminds me of another book I often recommend to people. This one doesn’t get the same level of appreciation. In fact, I’ve had to buy Bird by Bird three separate times because twice when I’ve loaned it out, it’s vanished completely. I’m still on my first copy of this book, purchased when I was an undergrad almost two decades ago. It always returns home to my bookshelf, usually unread.

I’m not sure why so many undergraduates fall in love with existentialism, but it’s almost as common as all-night cram sessions, binge drinking, and a trip to the campus infirmary for antibiotics to clear up that infection in your no-nos.

Somewhere when the curse of adulthood creeps over us, we abandon its philosophical tenets. I still think Nietzsche has a fabulous ‘stache; I still have my dog-eared copy of de Beauvoir’s The Second Sex; I still love the twist at the end of Sartre’s “The Wall”; I can still converse intelligently about the loose cinematic adaptation of Ionesco’s The Rhinoceros. 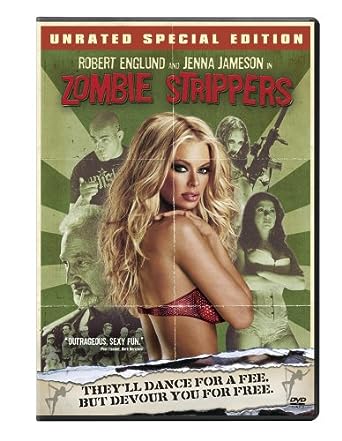 This time, I’m really not kidding.

That doesn’t mean I still call myself an existentialist. Free will? Come on.

It’s Sisyphus, however, that lingers with me, so much so that, like Buffy and Bird by Bird, it’s made its way into the lexicon of my existence.

Camus compares life to the well-known Greek myth. Sisyphus brought forbidden knowledge from the gods to the humans. As punishment, he was banished to the underworld, where for the rest of eternity he was condemned to the tedium of pushing an unwieldy boulder up a hill. Upon reaching the summit, it would roll back down, and he would have to begin his work afresh.

Anyone who has a few decades under the belt knows how apt this metaphor is. You can check off one bird after another, and when you think you’re finished, a whole new flock arrives, presumably with the air velocity of an unladen swallow. What’s new?

Just about the time I get all those essays graded, recorded and returned, it’s time for a new batch to roll in. Each time the semester is over, another promptly starts. As A. E. Housman once astutely observed: “Nothing then remained to do/but begin the game anew.”

Camus doesn’t see this as a burden, however. He begs us to find meaning and pleasure in the drudgery.

As he puts it: “I leave Sisyphus at the foot of the mountain! One always finds one’s burden again. But Sisyphus teaches the higher fidelity that negates the gods and raises rocks. He too concludes that all is well. This universe henceforth without a master seems to him neither sterile nor futile. Each atom of that stone, each mineral flake of that night filled mountain, in itself forms a world. The struggle itself toward the heights is enough to fill a man’s heart. One must imagine Sisyphus happy.”

Whedon must be well versed in Sisyphean philosophy. Buffy slays vampire and demon alike, only to be faced with a new evil each week. The popular spinoff Angel ends its run with a finale that baffled many–many unfamiliar with Camus. (Spoiler alert.) After Angel and the team defeat Wolfram and Hart, a demonic law firm, and stave off the apocalypse, the team recoups in an alley. They’re wounded and bloody, heaving for breath, utterly gassed. It’s at that moment, the bowels of Hell open up and an infernal army, complete with a dragon, come stomping towards them.

Spike: And in terms of a plan?
Angel: We fight.
Spike: Bit more specific?
Angel: Well, personally, I kinda wanna slay the dragon. Let’s go to work.
—Angel, “Not Fade Away” 5.22

Cataloging birds, hammering out essays, scrawling one’s masterpiece(s), slaying demons. Once one task is completed, life hurls another our way. We have to find meaning in the menial. We have to realize that the goal lies not in reaching the summit, but in the effort spent getting there.

Bit by bit, bird by bird, boulder by boulder.

And, should all that fail, we can still lean on a final b-word to provide meaning.

3 thoughts on “Birds, Boulders, and Buffy: A Guide to Writing and Life”

Stephen G. Melvin is an author, lecturer, and producer who lives in Florence, Alabama. Visit his Amazon Page to purchase all his titles. Give him a follow on GoodReads to interact with him and ask him questions.